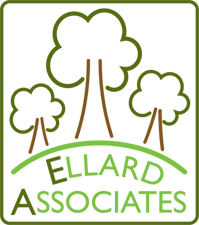 Howard Ellard has been intimately involved in all of the processes required to win local authority contracts to handle residual waste, recyclates and to operate waste related facilities. We would be pleased to bring our extensive industry and process knowledge to assist you in delivering successful procurement outcomes.

Examples of successful Waste procurement projects where the Directors played key roles include:

In a drive to exceed stringent Government and EU targets Devon County Council decided in 2005/06 to develop a small-sale thermal treatment facility. Up until that point, DCC had successfully diverted significant volumes into recycling at the kerb-side, at bring banks and via their separate food and green waste collection schemes. However, these measures alone would not  achieve sufficient diversion..

Howard Ellard managed the project on behalf of Viridor, Devon County Council’s waste contractor and partner. Initially, this involved supervising the compilation and submission of a planning application and an Environmental Permit application. Following the issue of both of these permissions, Howard supervised the process of tendering the construction and initial operation of the facility and then the selection of the successful tenderer.

Following the assembly of necessary permissions and a suitable EfW contractor, Devon County Council invited Viridor to consider funding the project in return for a revision to the existing contract between the two parties. Howard successfully managed Viridor’s bid for this opportunity, utilising external resources in legal, technical and financial disciplines.

Howard’s involvement in the project started in earnest in late 2006 and contract close between Viridor and Devon County Council was achieved in July 2011. Subsequently construction commenced in late 2011 and was largely completed by mid-2014. The facility commenced processing waste at that point.